I’m not sure if any of you remember, but I began this blog with a very insightful and strong poem by Thomas Clark, entitled In Praise of Walking. This was chosen deliberately- even though I love to run and cycle, fundamentally, most of my exploring has always been ‘пешком’, and similarly, I made space in my university scheduled in the last few days to walk some of the distance and see new areas.

Tuesday I walked towards home, and although I had already done the walk, I took pictures for the first time, with a beautiful autumnal day as a background setting. The Kremlin shone in the dimming light, the fountains glittered, and the people strolled, marched, or ambled along, enjoying the last few warm rays of sun. 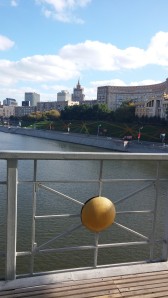 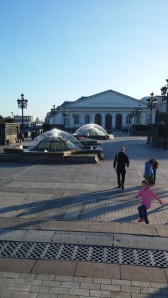 Wednesday, I was more ambitious, and set out before class to explore the ‘New Maiden Convent’, a place of historical importance, as it was part of the ring of fortifications built around the capital. It was also important because of the people that found refuge (or exile) within its walls- Sophia, Peter the Great’s power-hungry sister, as well as his first wife, Eudoxia spent times in seclusion; and Boris Godunov both lived and was crowned there, in the central cathedral.

A wall from the cemetery 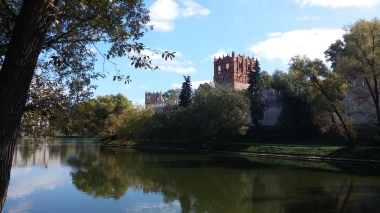 View from the lake towards the convent 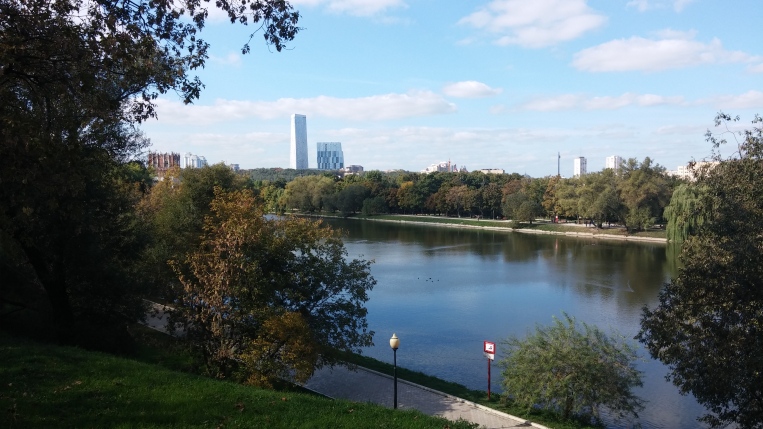 View towards the city

Entry to the grounds is ticketed (supposedly), and once inside you can wander between different historical buildings, and view exhibits of religious artefacts. Most rewarding, for me, was the sense of tranquillity that surrounded the grounds- the high walls blocked out the noise of traffic and the city, and the greenery gave an illusion of nature and health.

Apart from realising that I had walked in without paying the mandatory fee, I then realised that I was not suitably dressed for a religious site- the majority of women were wearing long skirts and/or head scarves, and piously crossed themselves when coming out of the chapels. It had not occurred to me that the orthodox faith remained so strong here, and felt very conspicuous.

Adjoining this beautiful complex is a cemetery which is famous for all of the poets, musicians, and politicians buried there. Among them is Former President Boris Yeltsin, the Soviet Krushchev, the artists Gogol, and Chechov…etc, etc, etc SO many dead people.

But unlike one expects, its not a glum place- its a crazy mixture of graves, monuments and flowers, rows and rows of creative depictions of people’s successes and achievements.

Again, it was serene and removed from the hustle and bustle, allowing me time to contemplate, to enjoy the sunshine, and relax.

A haven in the big city- I’m sure I will return, especially as I have many more graves to find.

One thought on “In Praise of Walking, again” 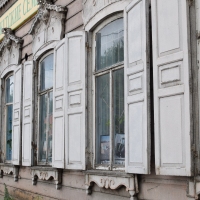