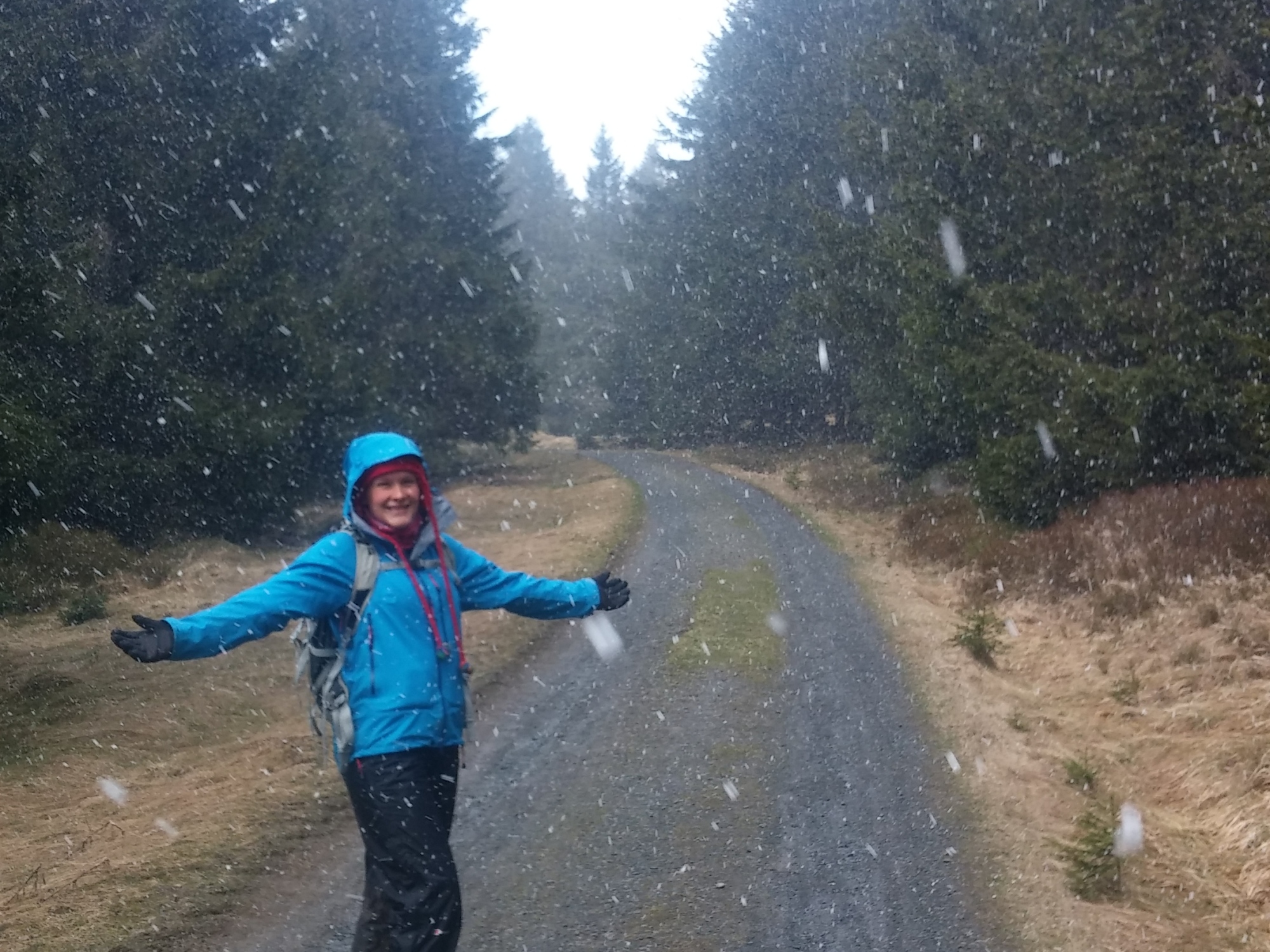 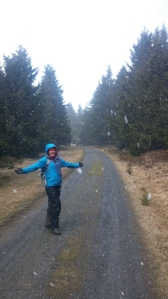 I chose one goal for the weekend: the Brocken, basically because it was the highest hill in the area. I was so keen that it became one of the running jokes of the weekend; every time we found ourselves back at camp early or with spare energy, someone would suggest “fancy the Brocken”?The weather was questionable and the forecast changed frequently, so we made our first assent after our arrival on Friday- starting the 17km walk at 4pm, and marching briskly out of concern that if we did not, it might get dark before we returned. Although this was a successful march, and got us warmed up for the weekend, our longer loop two days later was far more rewarding.

We didn’t set out to do the Brocken that day. Instead we planned to do a shorter walk over three peaks directly from the campsite. We started out on a grey, dim morning after a relaxed breakfast and preparing sandwiches, walking along the road until we reached the first signs for a hill called “Wurmberg” or, Worm mountain. The path left the road and went through several houses, past some creepy dolls representing the “mascot” of the area, witches, and then up into a forest. Through the forest, past random boulders and crags (some of which were equipped with bolts for climbing), the path ascended. We overtook several families on their Easter walks and were overtaken by other walkers who were clearly a bit fitter than we were. All the while the sky stayed a solemn grey, and a light drizzle often fell. Had the forest found its spring green, it would have been bright and welcoming. As it was, it was a multitude of browns and greys, giving the impression of a day which was colder than it really was.

As the path slowly gained height and the forest changed and wained, we summitted two smaller mountains- the greater and lesser Winter-mountains. As we wound higher on the gradual slope, we chatted and enjoyed the easy walking. One consistent feature, as we found our way up a mixture of wide tracks, rocks and paved or flattened paths, flat “fields” or eroded landscapes was the weather. At moments there was wind, scattered showers, or full on rain. Suddenly the sun would come out and the wind would die down. And then it began to hail and snow.

Arriving at the top of the Wurmberg, which also hosts a ski slope and a ski jump in years where there is enough snow, we took a break. Multiple huts, doing their best to imitate apres-ski huts with loud, questionable music beckoned with warm food and drink. All that was left of our walk was to decide how to return to the campground, and over a warm pretzel and milk with honey, we deliberated over the map.

As usually happens when we have too much time and no real plan, I found one point on the map with a name I thought sounded cool, and suggested that we take the route down that allowed us to find it. In this case the point was the “three-cornered post”. We set off again, but not before noting that the Brocken was only eight kilometers away. It was shortly after 11, we could easily do it on the way home, we joked.

The three-cornered post turned out to be a bit disappointing. Somewhat like a small trig point, the post was one of the first indications of the border between two areas of the German empire. This historical fact aside, it was simply a rock which was hidden underneath two trees. The detour, though, had earned us half an hour in the sun, and brought us even closer to the Brocken. In fact, there was a very large, sandy path heading from our location up to the top- a path so well developed and aimed at tourists that it had been called the “Goethe way”. We couldn’t resist. Enjoying the sun that had come out in full force, we once again trekked up the tallest hill in the area, once again grinned and waved at the steam-train passing by with a cloud of smoke, and once again stood on the top staring out into the distance.

We arrived, quite tired but at a reasonable time, back at the campsite, having traipsed around 25 kilometers, plus a decent amount of assent and decent. Dinner had not tasted so good in a long time. 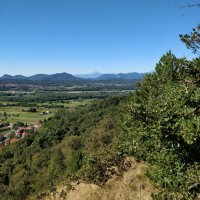